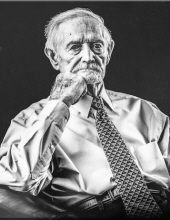 Near the end of his life St. Paul wrote at least two letters to one of his understudies—a man named Timothy. The second is a farewell letter in which the apostle warns the young pastor of false teachers and exhorts his charge to carry on his preaching of the Gospel even as he has begun. In the last section, chapter 4, verses 6-18, Paul begs Timothy to come to him as soon as possible, for he knows his time on earth is short. This will be the basis for my sermon this afternoon:

“For I am already being poured out as a drink offering, and the time of my departure has come. I have fought the good fight, I have finished the race, I have kept the faith. Henceforth there is laid up for me the crown of righteousness, which the Lord, the righteous judge, will award to me on that day, and not only to me but also to all who have loved His appearing.

“Do your best to come to me soon. For Demas, in love with this present world, has deserted me and gone to Thessalonica. Crescens has gone to Galatia, Titus to Dalmatia. Luke alone is with me. Get Mark and bring him with you, for he is very useful to me for ministry. Tychicus I have sent to Ephesus. When you come, bring the cloak that I left with Carpus at Troas, also the books, and above all the parchments. Alexander the coppersmith did me great harm; the Lord will repay him according to his deeds. Beware of him yourself, for he strongly opposed our message. At my first defense no one came to stand by me, but all deserted me. May it not be charged against them! But the Lord stood by me and strengthened me, so that through me the message might be fully proclaimed and all the Gentiles might hear it. So I was rescued from the lion’s mouth. The Lord will rescue me from every evil deed and bring me safely into His heavenly kingdom. To Him be the glory forever and ever. Amen” (2 Timothy 4:6–18).

There he was: an old man whose life’s journeys were now drawing to a close. His travels were now measured in terms of feet and yards, as opposed to the miles that he had once been able to journey. The years had taken their toll and he was tired clear down to his bones. Indeed, his movements were restricted by his physical condition. In fact, he knew that the end of his life was at hand and he looked forward to the time when the Lord would call him home to the glory that awaited him. His desire was to depart and to be with Christ which would be far better.

At this point in his life, his needs were few and they were very simple. In his present condition, only the basics of physical and spiritual life were important to him. One of his blessings was to have the medical care that was required. Luxuries, accumulation of material possessions, prestige, and past accomplishment were unimportant at this stage of his life.

His restrictions in movement also came from his surroundings. He could only move about when others allowed it. He was not free to go wherever he wanted, in fact, he was confined. Indeed, when he wrote to Timothy, Paul was a prisoner in Rome awaiting his execution for being a Christian.

As we think about what Paul’s needs were, we can readily see that Don’s were similar. In his letter, the apostle included the request that Timothy bring his cloak. The combination of age, the winter, and the chill of his dungeon left Paul desiring to be kept warm. So also with Don. The man who had always been so active, pursuing his interests collecting coins and guns, hunting and fishing, flying and bird watching—the man who just two summers ago bicycled over 400 miles on the paths around Pipestone was confined—first indoors because of health issues, then toward the last, imprisoned in his own mind. There was the need for the immediate physical necessities—warmth, food, shelter, clothing, and medical care.

But there was also the self-recognition that he needed spiritual care as well. One of the marks of faith is to recognize the need to take care of one’s soul. Men like Paul and Don confessed their sin and looked to God for forgiveness and salvation and eternal life. Whenever they were able, they worshiped their Lord. They were not like those who were once members of the church, but who, like the man named Demas, “was in love with this present world,” and who deserted the faith and had no place for God any longer. No indeed, they acknowledged that they were sinful in thought, word, and deed. They knew that Christ had died for their sins, taking the penalty of their guilt upon Himself on the cross.

Their hope was in the Lord Jesus who rose again from the dead to ensure victory over death; and that they had if only because of God’s grace. Christ was their confession of faith, the only One in whom there is hope for life in the face of death—the only one each of us will face. For each one of us will come to the end of this life here on earth.

Paul knew that his death would come at any moment at the hands of the Romans. Don did not know when the good and gracious will of the Lord would be done—when the Almighty would call him into eternal glory. But both were ready. Both could say: “I have fought the good fight, I have finished the race, I have kept the faith.”

Are you ready? Could you say the same thing? Just as surely as the mortal remains of Don are before us today, so also will it be for each of us here, unless the Lord should return first. When will your end come—will it be today on the way home, suddenly and unexpected, or will you live to be 94 years old like Don did?

Perhaps the most important question is “Will you be ready?” What are you going to do with this Jesus? For those of you who have neglected your spiritual welfare or that of your family, let both the words of Paul and the reality of Don’s passing demonstrate your need for a faithful relationship with the Lord.

Paul stated the truth that those who have no such trust in and worship of the Lord will not partake in the joys and blessings of heaven, but that those who do fear, love, and trust in God can have the greatest confidence when he wrote: “Henceforth there is laid up for me the crown of righteousness, which the Lord, the righteous judge, will award to me on that day, and not only to me but also to all who have loved His appearing.”

That same hope was Don’s and it can be yours, too, for the sake of Christ. We are always in the shadow of death in this sinful world, and we don’t know how much time we have left here. But we can say with confidence, “Henceforth there is laid up for me the crown of righteousness, which the Lord, the righteous Judge, will award to me on that day.” No matter what lies ahead, you always have more life to look forward to—eternal life.

Remember that, and remember that it is all for the sake of Christ. See, you might feel very certain of your salvation now, but uncertainty becomes the devil’s haunting weapon of terror when death draws near.

For now, you continue to fight; and it’s a good fight because you’re a child of God, because the Holy Spirit sanctifies your life for the sake of Jesus. But it’s a fight all the same, as the devil, the world, and your own sinful flesh work hard to make you feel miserable for being a Christian. For now you run the race, and it’s a good race, too. Your pace might be faster or slower, but the finish line means eternity with the Lord, not the end. Keep your eyes on the prize—Christ and His crown of righteousness. Keep in the means of grace—God’s Word and Sacrament.

When Don was no longer able to come to church, his desire was to have the Word of the Lord brought to him. From the monthly times when he received the Lord’s Supper and heard Bible readings to the times groups would sing to him and other residents of the nursing home, he was kept close to his Lord.

I might add at this point that all of us, but especially you children, need to take a lesson from Don with respect to memorizing the Bible passages, hymn verses, and the liturgy. When his eyes became such that he could no longer read and when no one was there to read to him, he had the Scriptures because he knew many verses from memory.

Paul wrote that he wanted Timothy and Mark to come to be with him. He needed to have people around him. The same was true with Don. All of the visits by family, friends, and members of the congregation were greatly appreciated. Even when Don was no longer able to speak, he would still smile and hold on tight to your hand as you said good-bye.

Therefore, I am confident that his parting words for you who have come here to remember his life and to pay your last respects, he would say: “Thank you for coming today.” And for those of you who are Christians and who will see Him in heaven one day, he would probably say something like this: “God be with you until we meet again.” Amen.

The peace of God that passes all understanding guard your hearts and minds in Christ Jesus unto life everlasting.